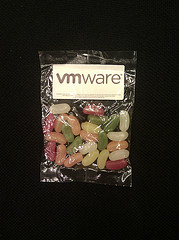 Virtualization is becoming an increasingly popular move for businesses wanting to improve their IT system. It represents an innovative approach to managing IT servers, and if implemented properly can save your business both time and money.

Many businesses will, however, remain confused as to why virtualization is so beneficial. Moreover, how can you replace your old server with a newer model? An excellent starting point to is to invest in training: as long as your IT specialist is equipped with a qualification such as a VMware certification, your IT server can begin its transformation.

Virtualization is when you create a virtual version of something, rather than an actual version. In terms of information technology, this may be with anything such as an operating system, a server, a storage device or network resources.

Before virtualization, it was commonplace to have just one operating system per physical machine. Not only did this leave many machines unable to realise their full potential, but it also meant that companies were forced to spend more time, energy and money on additional servers.

However, when you use virtualization software – otherwise known as a ‘hypervisor – you can partition one physical machine into multiple virtual servers, which can then be used across multiple environments. Each virtual server shares the same resources as the single ‘host’ computer, but remains independent of the other virtual machines. It is isolated as if it were a separate operating system; this means that if one computer crashes, it will not affect the other virtual machines.

How can virtualization benefit your business?

Virtualization has a number of benefits that could help improve your organisation’s IT system. First and foremost, updating your system to the world of virtualization will save your business money. Without it, you will need to run various different servers, meaning money must be continuously spent on hardware. But by consolidating your resources and running multiple operating systems from a single machine, VMware suggest you could save as much as 50-70% on IT costs.

You will also save in terms of energy. Virtualization is undoubtedly a green technology, as decreasing the number of servers will, in turn, reduce the amount of energy your business expends.

Moving to virtualization will also free your systems administrators from supporting numerous machines. Cutting administration work will save you time, while performing tasks such as archiving also become much easier. It will also improve the overall performance of you hardware. In the absence of virtualization, many computers are unable to work to their full capacity. However, setting up your server to support different virtual machines will dramatically increase your utilization rates from anything between 15% and 80%.

If you believe virtualization is the way forward for your business, you need to ensure your IT specialist has the knowledge and experience to install, operate and manage virtualization software.