As you may already know, there has been a proliferation of devices that uses artificial intelligence due to the buzz the concept has created since the first AI was developed and introduced to the world in 1950. Right now, about 77 percent of devices we use feature one form of artificial intelligence or another. But as AI advances rapidly and affects many areas of our lives, there have been some misguided sentiments designed to mislead people. And with many contradicting opinions, it is easy to be misled into buying the wrong idea. And sometimes, it can be difficult to tell the difference between fiction and faction when it comes to what artificial intelligence could or could not do. To help shed some light on the concept, here are 5 must-know unbelievable myths about artificial intelligence you need to know now that are nothing but peddled mistrusts. 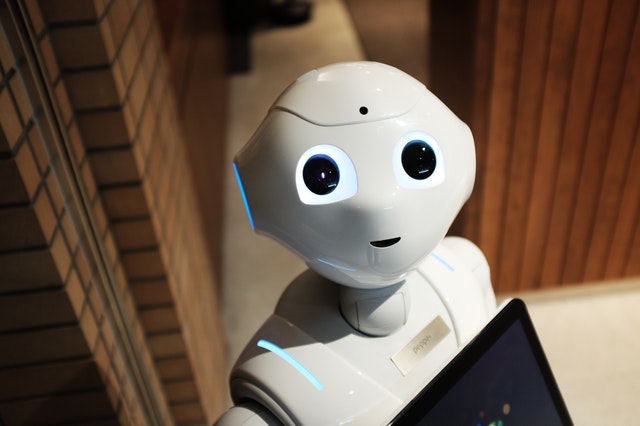 1. Artificial intelligence will replace ALL human jobs one day

It is true that AI can potentially replace many “white-collar” jobs in the field of hospitality, law, marketing, healthcare, accounting, and other areas, some of which are not known now; but can it replace ALL jobs one day? Nobody can be sure or give an accurate answer to this. The future is uncertain. And uncertainty creates reasonable doubts. So nobody knows this for a fact.

That being said, some troubling stats make people worry. In America, 47 percent of jobs currently existing are at high risk of potential automation. Right now, AI can analyze sales calls far faster than any sales manager. The truth is, AI can replace telemarketers, bookkeeping clerks, compensation and benefits managers, couriers, receptionists, and a host of others efficiently.

However, AI is incapable of inspiring teamwork or builds trust between two people. Worse off, it cannot exhibit empathy. The main reason for this is that it has no imagination, unlike humans.

2. AI is smart. It will get smarter and take over the world

As previously stated, currently, AI can do millions of tasks way faster and efficient than humans. In fact, it can do many jobs humans cannot. It can solve complex math problems in a few seconds, which is also humanly impossible. But is it smart and can take over the world as you saw in the movies? The answer is a hard NO! Why? First off, it is GIGO, which means garbage in, garbage out. This means the quality of the output depends on the quality of the input. So, all those complex tasks that it can do are all programmed by humans. It MUST be programmed to work a certain way. It cannot reprogram itself unless this function is programmed too.

But some proponent to this argument is thinking that just because it is programmed by humans does not necessarily mean it cannot be smarter than the humans who build the system. To discredit this, you should know that AI CANNOT take over the world currently because it is not half as smart as the brilliant minds that created it. It is GIGO. This is what is known right now.

3. Machines can learn the way humans learn because it learns using “neural net.”

Some machines perform complex functions and can mimic wide-ranging ability to associate disparate concepts but cannot mimic human capabilities, at least for now, not even the most advanced AI technologies can achieve this feat. This is not surprising given the fact that the human brain has 100 billion neurons. It contains roughly 86 billion brain cells and each neuron can transmit a thousand nerve impulses per second. And there are 100,000 neutrons in a piece of brain tissue the size of a grain of sand. It is a random thought generator and a synapse contains about a thousand molecular switches. The impressive facts about the human brain are numerous but so are machines. However, computers cannot learn the way humans do, not even with the use of “deep learning,” which gives computer chips the ability mimic the way the human brain learns, especially for pattern recognition.

4. There is no difference between artificial intelligence and robots. It is the same.

Simply put, anthropomorphic as you see in the movies is a myth. But this does not go without saying that there is a link between the two concepts. However, the main area of development is different for AI. So in a nutshell, there is a difference between robots and AI.

Many technological achievements were once thought of as scientifically impossible. So nobody can say for sure what the future holds for AI. But building self-conscious AI has not been achieved even with the advent of complex AI systems that can do incredible things. This is because we do not know how human self-consciousness works. And the challenging part is, we may never know! If scientists do, they can replicate it. For now, “cannot” is not the appropriate word to use.

In all, artificial intelligence has the potential to revolutionize all aspect of our lives. In most cases, it involves the use of cognitive technologies, which means that it is designed to augment human intelligence. And it performs diverse and impressive functions, as you have read but there are lines to be drawn. Not everything thing that sounds logical or reasonable is true. Many false assertions need to be debunked. In here, five of them was handpicked and discussed as you can also see.

Harnil Oza is a CEO of Hyperlink InfoSystem, a mobile app development company based in USA & India having a team of best app developers who deliver best mobile solutions mainly on Android and iOS platform and also listed as one of the top app development companies by leading research platform. He regularly contributes his knowledge on the leading blogging sites.