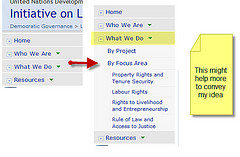 One of my favorite tools to capture screenshots has always been TechSmith’s SnagIt. photo credit: h.kaz14

Since it was introduced to me many years ago by a colleague, till now I’m still using SnagIt as my preferred screen capture software even after changing my laptop twice.

The only drawback is its license costing $49.95, which stops me from installing it on every single machine I have.

I can only afford to purchase 1 license to be installed on the laptop which I work on the most.

For all the other machines, I would install free and open source ones such as GreenShot.

Recently I stumbled on a new screen capture tool which allows us to quickly capture a screen followed by providing a link which can be easily shared with someone else for collaboration purposes.

This tool is called Collabshot – available on Linux, Windows and Mac.

Collabshot allows basic screen capture capability just like most other tools out there.

What makes it different or unique is it’s web based screen editing capability for collaboration and discussion purposes.

With other tools such as SnagIt and Greenshot, we would capture the screen then apply any notes or draw lines on the image followed by attaching it via email and sending it over to the recipient.

If your recipient would like to also make notes on the screenshot that you’ve sent but don’t have a photo editing tool to do that, it could really affect productivity.

Collabshot aims to solve this problem where by 2 or more users can make notes and draw lines on the screen shot via a web browser. This means that the recipient doesn’t need to install any applications to get this to work. All he needs is a web browser.

To capture a screenshot, just click on Ctrl + P and it will do that followed by automatially uploading the screenshot into Collabshot’s servers.

Once done, it will provide you with a URL which can be shared with others in real time.

On the URL, all users can collaborate with the following tools: 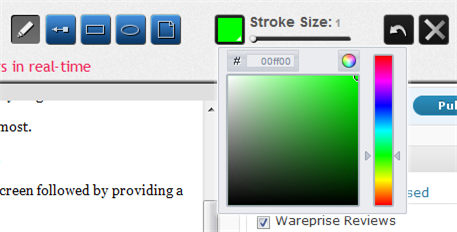 I find Collabshot to be really handy for those who are always having discussions online. It’s especially useful for those who need to discuss on images such as floor plans, mind maps, flow charts where there are lots of small little details to highlight and point out.

If Collabshot includes the following capabilities, that would make it an even better tool:

Check out Collabshot for more details on how it can help you share and collaborate on your screen captures easily.