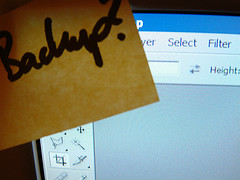 As a network administrator, you may be held responsible for all data backup purposes. photo credit: tacker

It could be data from a file server, from a web server, and from workstations such as PCs and notebooks.

Most users would do their own backups into external hard disks. But what if one day they forgot to backup their files and a lot of valuable documents are gone?

There must be an automated way to backup data from all possible sources reliably to an external backup location.

What I mean by all possible sources includes:

And external backup locations include:

Without a proper backup solution which helps to automate backup up all the possible sources above, trying to perform manual backups can be quite a tedious and time consuming task.

You start of by installing Handy Backup Server on a machine with administrative access to all network computers that you want to back up. 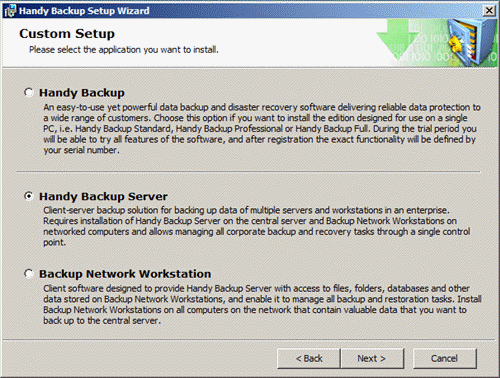 The best part is the user doesn’t even need to know or feel the effect of the backup taking place since it is running as a background Windows service.

It’s not like it will go tell the user, hey… stop all your work now as I need to backup your data!

The following is the backup network architecture for Handy Backup Server:

Everything else is all about specifying and identifying what data to backup and to where.

I really like it’s ability to backup to a FTP server. My vision of a true backup solution is always to backup all data to a remote location.

Some administrator store their backups into tapes and external hard disks an leave them lying around near the servers. It is best to keep these backups elsewhere in case some disaster strikes which wipes out an entire building.

If you do not have a network of computers but just want to backup your single computer data easily, check out the other product called Handy Backup.

And guess what,  there’s a free giveaway!